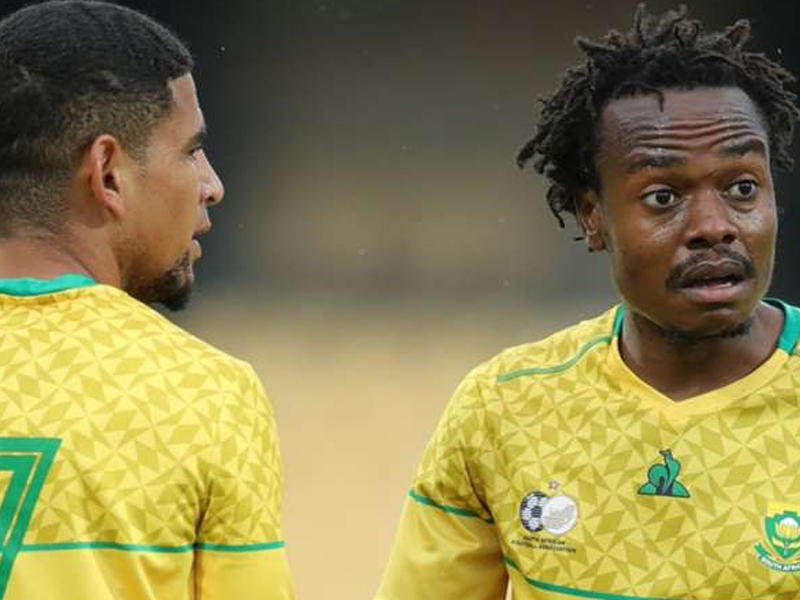 South Africa's Bafana Bafana have dropped positions in the latest Fifa rankings after failing to qualify for the 2022 Africa Cup of Nations finals.

Bafana's hopes of booking a spot in next year's tournament which will be hosted by Cameroon diminished after the national team failed to defeat Ghana and Sudan last month.
As a result, the Southern African giants are now placed in 75th position in the world having drawn 1-1 with Ghana in Johannesburg, before succumbing to a surprise 2-0 defeat to Sudan in Omdurman.
Bafana have dropped by four places as they were previously ranked 71st when last month's rankings were revealed by the highest governing body of football in the world, Fifa.
South Africa have accumulated 1341 points which is the exact same number of points they had in their previous total.
Furthermore, Bafana have also dropped positions in the Caf Rankings as they are now ranked 15th on the African continent.
They have dropped by three places having been ranked 12th when last month's rankings were revealed and they are placed between Cape Verde (14th) and Benin (16th).
Bafana will get an opportunity to improve their positions on the Fifa and Caf rankings when they start their 2022 Fifa World Cup qualifying campaign in June 2021.
South Africa are set to take on their neighbours, Zimbabwe away in their opening Group G match, before they face off with Ghana at home.
However, Bafana's coaching job is currently vacant with the South African Football Association (Safa) having dismissed Molefi Ntseki after the team failed to qualify for the 2022 Afcon finals.
Several coaches have been linked with the coaching job including Carlos Queiroz, Pitso Mosimane and Benni McCarthy.
Queiroz, who is also a former South Africa mentor, is currently jobless having resigned as Colombia coach in December 2020.
While Bafana legend McCarthy has enjoyed some success with Cape Town City and he is now in charge of AmaZulu FC.
By Austin Ditlhobolo in Goal.com