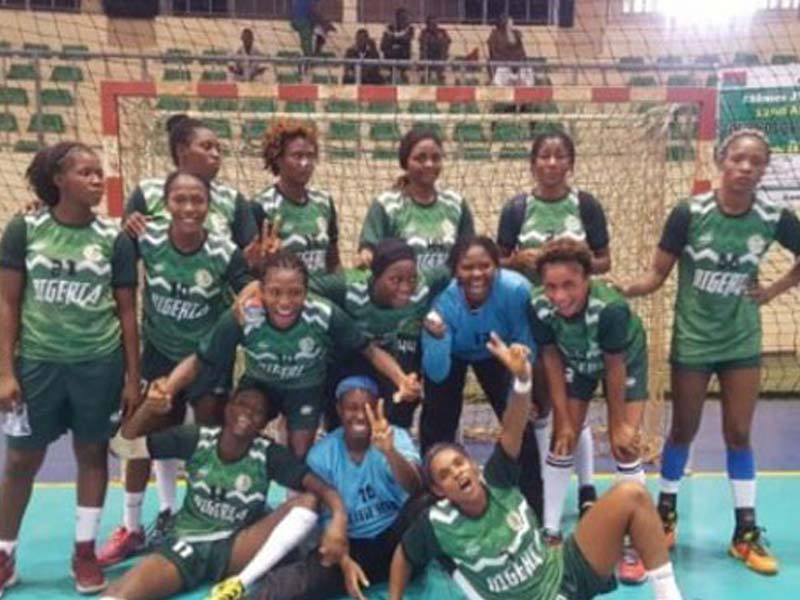 Nigeria has been drawn in Group B for the 24th edition of the Africa Women Handball Championship alongside host, Cameroon, DR Congo and Kenya.

The president of the Handball Federation of Nigeria Mr Samuel Ocheho has described the group as a tough one but assured that preparation is already in place for the team to impress at the championship.
Ocheho promised that the federation will do everything possible to ensure that they support and motivate the team to do well in the championship and ultimately qualify for the world championship.
Senegal, Tunisia, Guinea and Madagascar are drawn in group A while defending Champion Angola are drawn in group C with Congo, Algeria and Cape Verde.
Nigeria will be participating in their 9th Africa Women Handball Championship. The last time the women national team qualified for the championship was in 1994 when they came 5th in Tunisia.
They have won the competition once at the 1991 edition in Egypt where they defeated Angola in the final. Team Nigeria also made it to the final in 1983 but lost to Congo 27-14.
The Africa Women Handball Championship 2021 will hold in Yaoundé, Cameroon from June 10 through to 20, 2021 and will kick-off with the opening match between Cameroon and Kenya.
African Women’s Handball Championship Grouping
Group A
Senegal
Tunisia
Guinea
Madagascar
Group B
Cameroon
DR Congo
Nigeria
Kenya
Group C
Angola
Congo
Algeria
Cape Verde