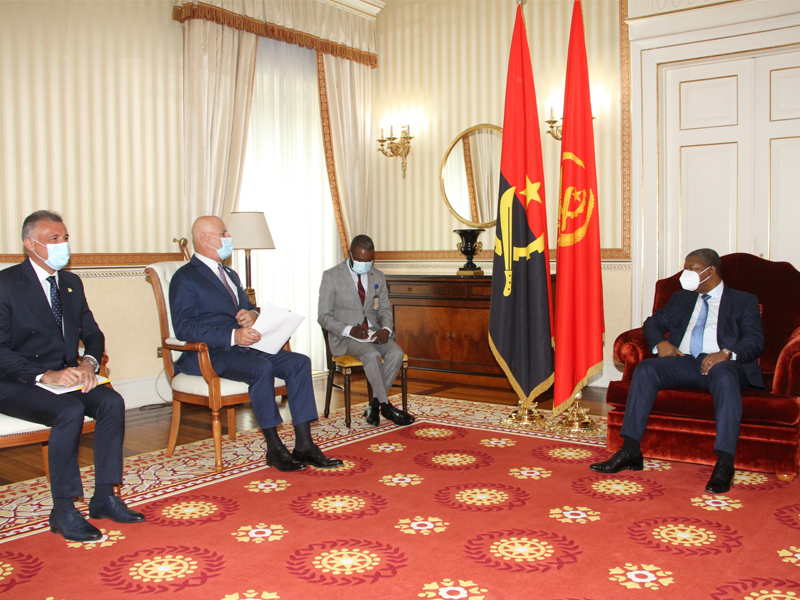 Italian oil company ENI-SPA announced Tuesday in Luanda that it plans to invest USD seven billion over the next four years in research, production, refining and solar energy.

The information was provided to the press at the end of an audience that the Angolan Head of State, João Lourenço, granted to the Chairman of the Board of ENI-SPA, Claudio Descalzi.
At the end of the meeting, the CEO of ENI, Guido Brusco, said that during the audience João Lourenço and Claudio Descalzi analysed the projects for production of biological petrol and diesel.
These projects are expected to boost agriculture and reduce carbon emissions.
Guido Brusco said that within a year Namibe province could have a 50-megawatt production project to replace the diesel electricity system, which would save four times more than it currently spends.
ENI CEO said he believed that the investments underway would guarantee a large number of jobs, mainly in agriculture.
He said he had also reported to the President of the Republic the successes achieved in the implementation of several projects in the area of research and production, over the last three years.
In the social area, he said, projects were underway in Cabinda, Huíla and Namibe to facilitate access to drinking water and electricity, as well as to improve health services.
He also said that a programme to train over 600 doctors in the provinces of Luanda and Cabinda was due to begin, with the help of Italian and Angolan specialists.
The official added that the start of the project for doctors had been affected by the covid-19 pandemic.
The Italian multinational, which is present in about 70 countries, has been operating in Angola since 1980 and began producing oil in 1991.
Angola is a central country for strategic growth in ENI's global operations, with around 350 employees in the country.
Source: Angop