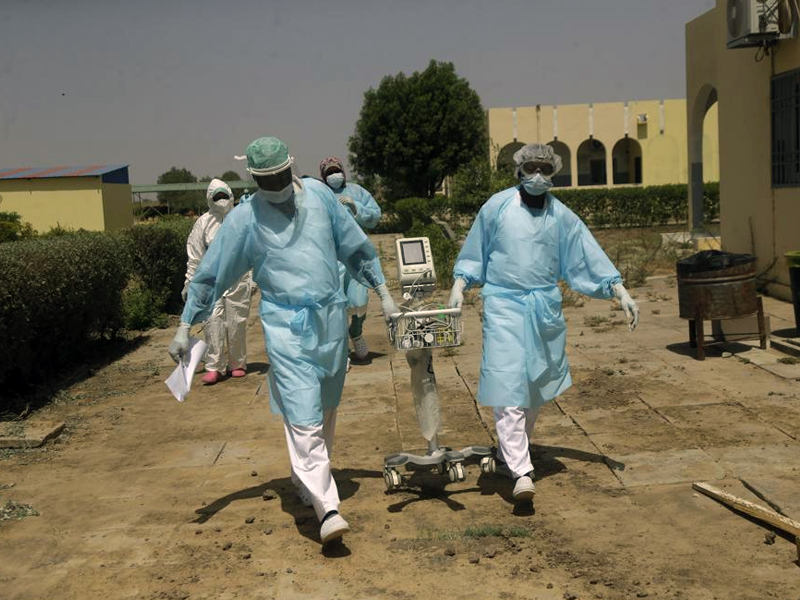 Doctors caring with COVID-19 patients ferry medical equipment, at the Farcha provincial hospital in N'Djamena, Chad, Friday April 30, 2021. While the world's wealthier nations have stockpiled coronavirus vaccines for their citizens, many poorer countries are scrambling to secure enough doses, and some, like Chad, have yet to receive any.