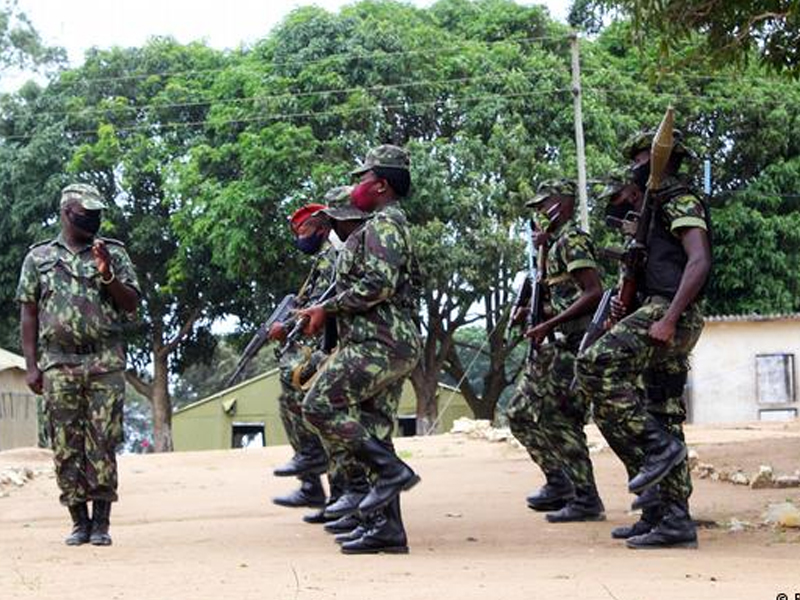 The Southern African Development Community (SADC) on Thursday decided to send a technical team to Mozambique to assess the country's needs in the fight against terrorism, the organization said.

The decision was announced in the final communiqué of the Extraordinary Summit of the SADC Double Troika, which includes the countries of the 'troikas' of the Defence and Security Body and the SADC Troika called to discuss armed violence in Cabo Delgado province, northern Mozambique.
"The Double Troika Summit decided to form and immediately send a technical team to Mozambique," for the assessment of support needs in the fight against armed violence in the north of the country, said the executive secretary of SADC, Stergomena Lawrence Tax, reading the statement.
The meeting in Maputo also approved establishing an inter-ministerial team of the regional organization to study the issue, Tax added.
The assessment results will be submitted for consideration at an extraordinary summit of the Double Troika convened for the end of this month in Maputo, the SADC executive secretary said.
Stergomena Lawrence Tax said that at Thursday's meeting, SADC stressed that terrorism has no place in Mozambique and Southern Africa and should be fought appropriately.
"The summit expressed full solidarity and continued commitment from SADC in the fight for peace and security in the region," Tax said.
The leaders of the Double Troika repudiated the killing of civilians, women and children by the terrorist actions in Cabo Delgado, noting that armed violence will not be allowed to continue and must be met with an adequate response.
At the end of the reading of the communiqué, no questions were allowed. Still, Mozambique's foreign minister, Veronica Macamo, said that the technical team and the SADC inter-ministerial team would indicate the need for aid to combat terrorism in the region.
At the opening of the meeting, the chairman of the SADC Organ on Defence and Security Policy and head of state of Botswana, Mokgweetsi Masisi, called for a collective response against the terrorist attacks in northern Mozambique.
"The terrorist attacks in northern Mozambique are a threat to the entire southern African region, and therefore we need a collective response," Masisi said.
The violence unleashed more than three years ago in Cabo Delgado province gained a new escalation about a fortnight ago, when armed groups first attacked the village of Palma, about six kilometres from the multi-million dollar natural gas projects.
According to United Nations data, the attacks caused dozens of deaths. They forced thousands of Palma residents to flee, worsening a humanitarian crisis that has affected some 700,000 people in the province since the conflict began.
Last week, the Islamic State terrorist movement claimed control of the town of Palma, near the border with Tanzania. Still, the Mozambican Defence and Security Forces (FDS) completely retook control of the town, the spokesman for the Northern Operational Theatre, Chongo Vidigal, announced on Monday, a statement reiterated on Wednesday by the Mozambican president.
Several countries have offered Maputo military support on the ground to combat these insurgents. Still, so far, there has been no opening for this, although reports and testimonies point to security companies and mercenaries in the area.
Source: Lusa